My fist jitters were in public at the occasion of the christmas tree with my football club. That was my very first gig or should I say my first “beggar’s experience” . I found the guts to sing for the first time in a crêperie in Saumur, my city, then in the streets in broad daylight. I would sing my own little songs and I was kinda bold because they were not up to my standards but when you’re young you don’t worry about Brel’s wording. That’s also when the world missed out on « the pop band » we had the idea to create Béa, Yvon and the buddies back then. It lasted only the time to prepare for the Distre’s fair, my native village where we gave our one and only concert.

As you know, art can’t sustain you so I decided to sing famous french cover songs and it helped me improve my songwriting. I played the guitar in numerous streets of west of France, restaurants, pubs, did a few gigs on stage, retirement homes but most of all alonsgside the boardwalk in Sables d’Olonne which was a well-known windfall by many artists back then. 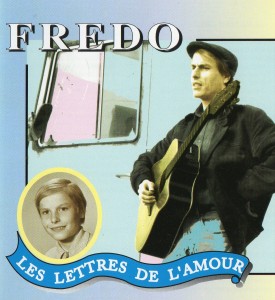 I haven’t used all my potential as a composer during those years: only 2 autoproduced Cds sold during evening parties. Being an occasional worker always looking for gigs, I realized that I enjoyed creating more than performing. My one and only ambition now is songwriting. I have never stopped composing all my life striving to find new melodies which I believe are the soul of music. 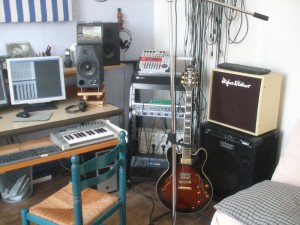 I have been a MAO composer in my home studio for many years now and I can offer you my services. 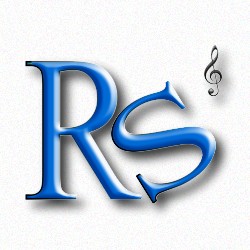